The impetus for the exhibition ‘Support Group’ has multiple points of origin. In 2009, for an exhibition—actually, a self-styled Biennial—at his Hollywood apartment gallery Pauline, Mateo Tannatt installed the work of some thirty participating artists (including his own) on a series of platforms or backdrops, divided into sections named after different Hollywood thoroughfares or intersections, including two walls upon which he painted a grid of yellow dots. One of these walls (‘Hollywood Blvd.’) featured the work of Kathryn Andrews— a rented neon sign suggestively reading ‘LUBRICACION.’ The word lubricación in that particular context was a starting point: the word that greased the wheels.

Andrews was already familiar with the idea of one artist providing context for another: She has curated several shows in which her work is implicitly, if not explicitly, present; and she is the proprietor of Apt. 2, an intermittent gallery in the Eagle Rock neighborhood of Los Angeles. Her own practice has increasingly employed the dynamics of contingency and response, and her work frequently incorporates rented objects only for the length of their exhibition—a tactic that questions the longevity or viability of a ‘complete’ work.

Tannatt’s use of a backdrop, when I saw it, recalled the work of Gaylen Gerber, whose own gray painted ‘Backdrops’ and ‘Supports’—his chosen terminology— necessarily implicate the work(s) of other artists, usually at his invitation. Gerber’s practice has consistently questioned the autonomy of the art object, as well as its authorship. In recent exhibitions Gerber has modified the exhibition site, and has stated his interest in the confusion of art object and context, ‘heighten[ing] awareness of visual perception in a way that questions how we differentiate what we are looking at from what surrounds it.’

This play between foreground and background, and object(s) and context(s), is central to the premise of ‘Support Group,’ an exhibition that brings together Andrews, Gerber, and Tannatt. Perhaps the most important point of origin for this show is the invitation from Thomas Solomon to curate an exhibition in the first place. The site for the exhibition is Cottage Home, a former movie theater in Chinatown, Los Angeles—a spacious, potentially daunting gallery space. The three artists were immediately accounting for the scale of the space as a common point of conversation and negotiation.

The artists participating in ‘Support Group’ (Kathryn Andrews, Gaylen Gerber, and Mateo Tannatt / Pauline), along with the site of the exhibition (Thomas Solomon Gallery at Cottage Home, Chinatown, Los Angeles, 2010), provide the primary context—if not the only context—for the show. Each artist in the show will provide ‘support’ for the other artists, whether implicitly or explicitly, and in this sense, the word ‘support’ is removed from its usual implications of ethical valuation: ‘Support,’ in this context could be either generous or antagonistic, or potentially both at the same time. 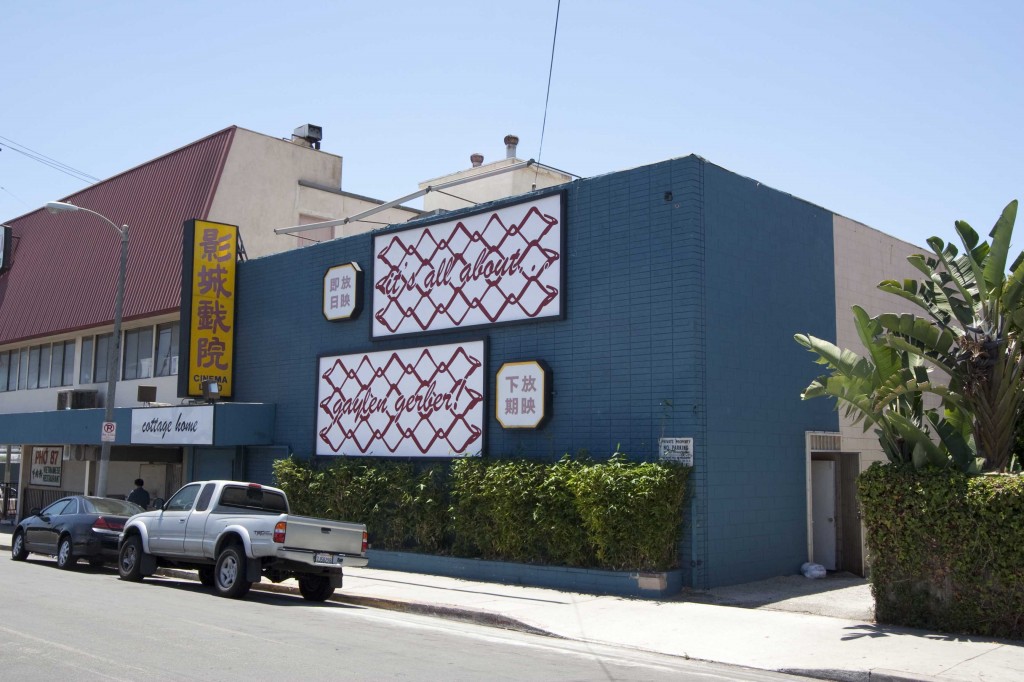 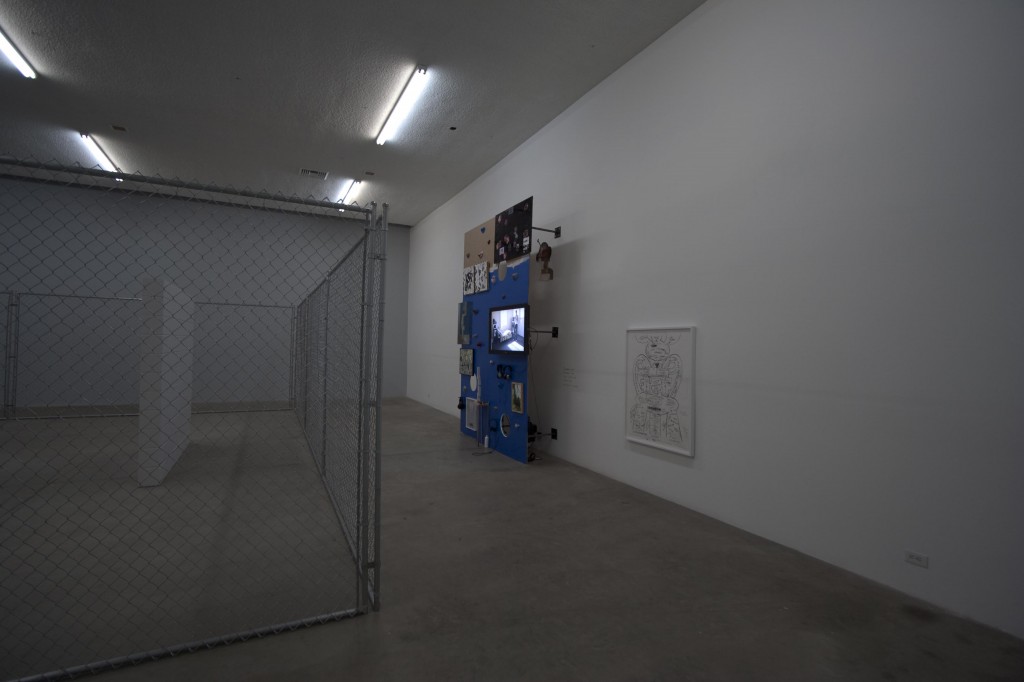 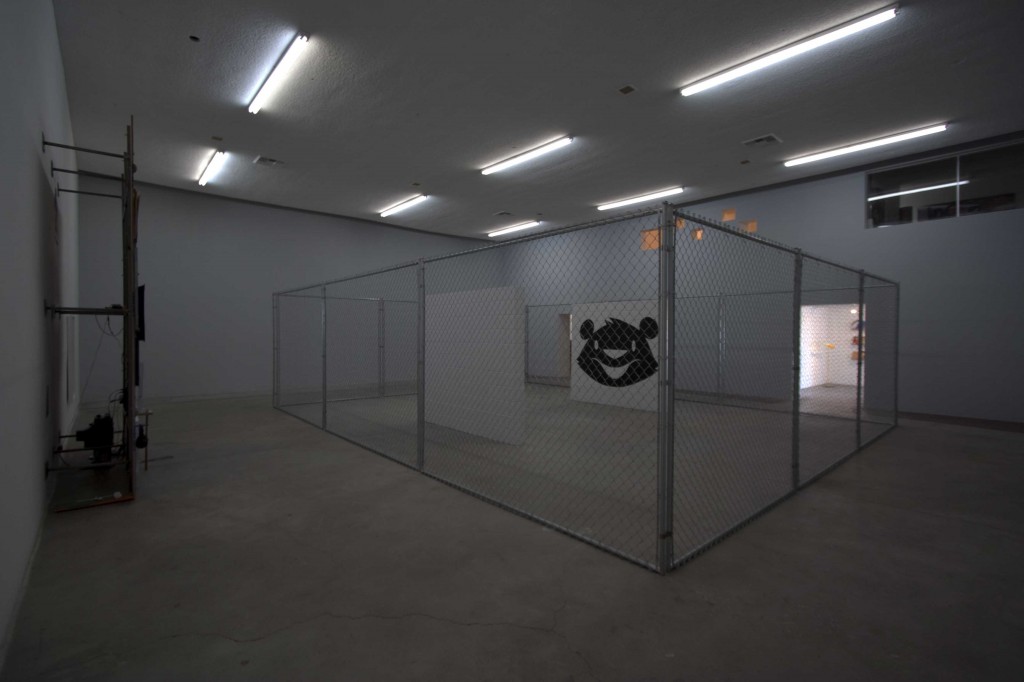