I told one of my students I was organizing a show titled TL;DR — as in “too long; didn’t read” — and she asked why I was doing a show about net art. I’m not sure I can even say with any conviction what net art is (or was?), but I’m pretty sure that the exhibition she was imagining wasn’t the exhibition I had in mind. I’ll admit I don’t actually know much about the Internet, or how it really works, but I use it everyday, many times a day, and carry it with me almost everywhere I go. Most of us do. But that doesn’t mean I feel qualified to make a show about it. So, despite my considerable hang-ups with the word “about” and its foolish implication of finality or certitude, I gave her the simplest explanation I could offer: “It’s a show about reading.” This seemed to appease her, but I’m not sure it made my own problems go away. Yesterday, for example, I received an email telling me my cloud was running out of room. It was actually a very polite way of telling me I was running out of time. I was accumulating TMI, gigabyte by gigabyte, but in return for this profusion I was surely losing something in the process — some flimsy notion of self, subjectivity, or at least “me-time.” And I’m guessing this much is true for most of us drifting along in the social cumulus: we’re always running out of time. I downloaded a PDF of Lyotard’s essay “Can Thought Go on Without a Body?” with an eye on my own increasingly imminent bodiless future, and before I could add it to the pile of unread reading material on my desktop, wondered if my metadata already knew the answer to his question.

Tyler Coburn’s I’m that angel, 2012-13, is narrated from the perspective of a content farmer, an emergent type of online journalist contracted to generate articles based on words peaking in Google Trends. Veering from caustic humor to ecstatic alarm, the work explores the conditions of how we work on and against the computer, and has resulted in a book as well as a series of performances for intimate audiences at sprawling data centers in several countries. A two-channel video of the work, performed at the Google Building in New York, will be presented here for the first time.

Mariah Garnett works in film, video, and photography. Reading spam as a new form of automatic writing, Garnett incorporates unaltered texts to consider the relationship of the physical world to the metonymic space of the internet. In her video Untitled (Eclipse), 2012, an image of a solar eclipse provides the background for a scrolling text taken from a personal ad found on Craigslist in which a professional gambler seeks to form a travelling, polyamorous poker crew — revealing an apparently sincere, if confounding utopian desire for lifestyle alternatives in contemporary reality.

Deploying a variety of media and performative gestures, Devin Kenny engages both the promise and obsolescence of technology and its intersection with diverse social histories. Italo’s Disco, 2014, is a hard drive containing a mirror site of the defunct web host GeoCities, as assembled by a team of internet archivists before its scheduled demise; Chip’s Challenge for draiiorgel, 2008, translates a song by the artist (a tribute to a 1989 puzzle game for the Atari Lynx) into a punch card script for a player organ. The exhibition also includes a PDF encyclopedia Kenny compiled from selected entries found on Wikipedia, as well as a lecture given by the artist at Artspace.

Jarett Kobek’s 2011 book If You Won’t Read, Then Why Should I Write? contains lurid transcripts of banal conversations painstakingly cribbed from bootlegged celebrity sex tapes (or TMZ.com), as well as the documented demises of several high-profile Middle East dictators. HOE #999: Decennial Appreciation and Celebratory Analysis, 2010, is an account of the obscure group Hogs of Entropy (HOE), which released over 1000 text files — an electronic version of paper zines — in the late 1990s. One thread in HOE #999 concerns the narrator’s attempt to outsource the task of elucidating these text files to a contact in Bangladesh.

Becca Lieb is an artist, poet, and a member of the collective neverhitsend, which organized in the wake of Edward Snowden’s surveillance leaks. Borrowing its title from Edgar Allan Poe, Purloined Letter, 2013, is a poem in the form of an email signature in which “69%” of the words are purportedly flagged by the United States National Security Agency for increased scrutiny. Lieb’s triptych Rachel, 2013, combines paintings that reproduce inadvertent crotch shots reflected in classified advertisements found online with columns of text culled from a seemingly endless real estate listing for an apartment in Brooklyn.

Newspaper Reading Club was established in 2010 by Fiona Connor and Michala Paludan. During site-specific performances, the duo invites guests to read a selected newspaper and narrate their private reflections regarding the given texts, images, layout, and content. For this exhibition, each reader will pick a site in Auckland to read the news while phoning Newspaper Reading Club. Each reading will be transcribed and converted into a poster that will be pasted at the site of the reading, a cyclical process enabling two-way communication with the media while simultaneously uncovering the systems through which information circulates and values become codified. Newspapers read for the work will be converted into bricks that accumulate at Artspace over the course of the exhibition.

Harsh Patel moves fluidly between media formats, working as both designer and artist. Deeply invested in the specificity of subcultural codes, he deliberately uses design to frustrate legibility and circulation rather than ensure that field’s traditional expectations of effective communication. He often produces books or posters in tiny editions that are only distributed by him personally, if distributed at all. For this exhibition Patel presents two new letterpress prints, Cobra (3DX 43) and Plaza (3DX 44), both 2014, which incorporate, respectively, a quote by Noel Gallagher that addresses cult value and the mainstream, and a surly review of an Oasis album by mononymous ex-Felt singer Lawrence. 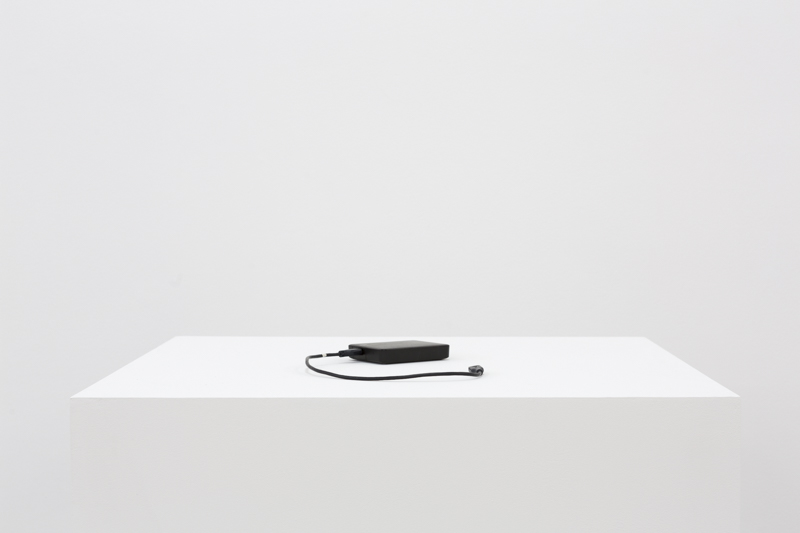 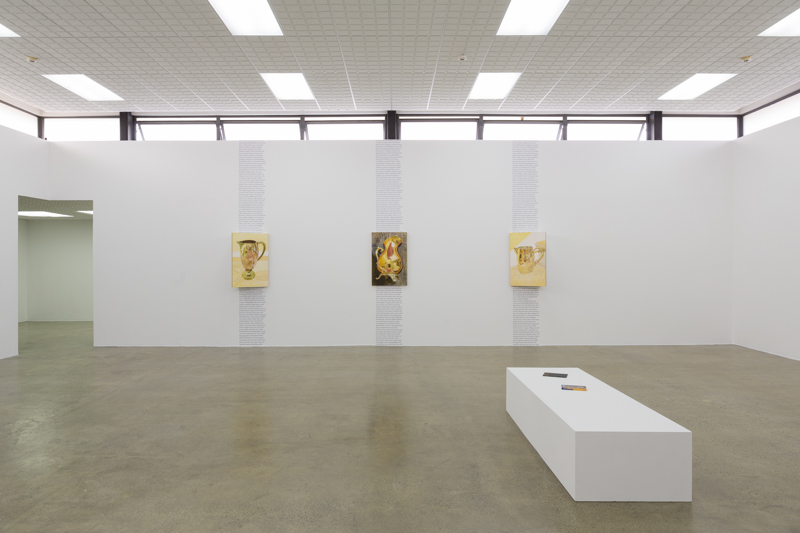 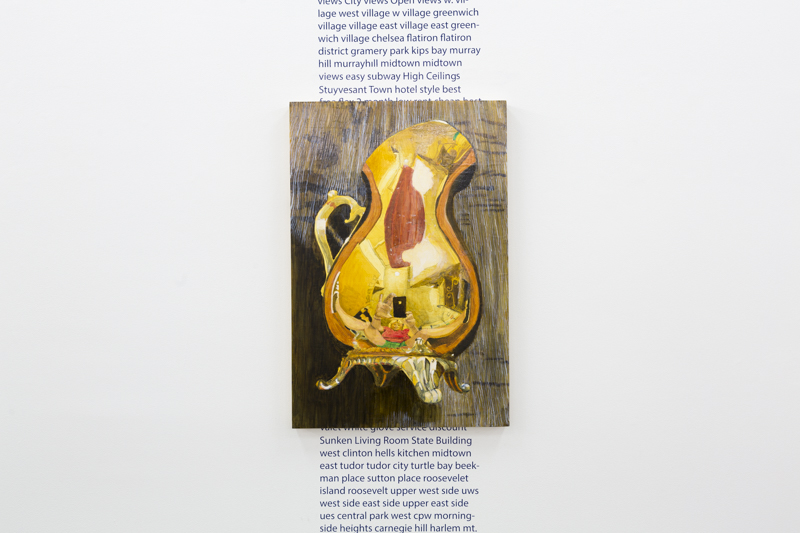 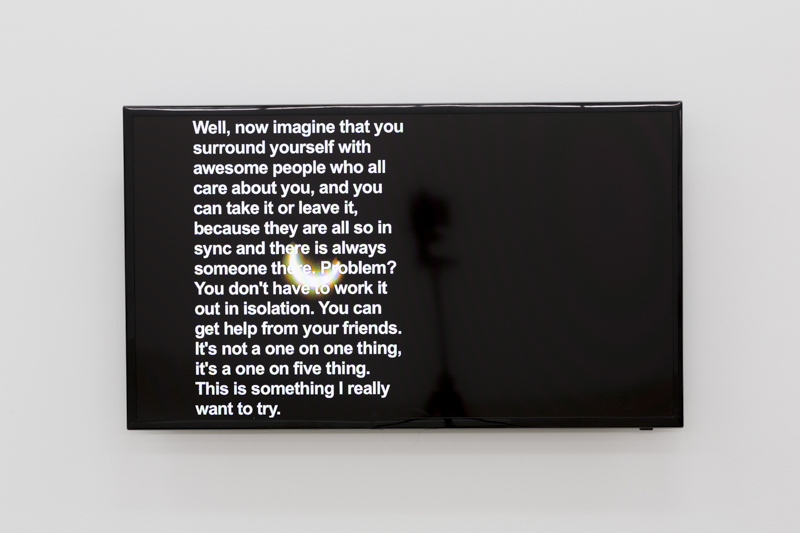 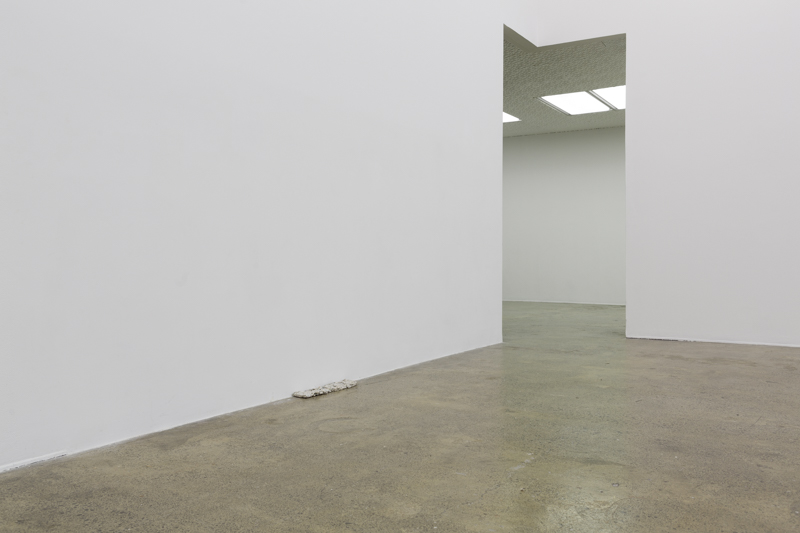 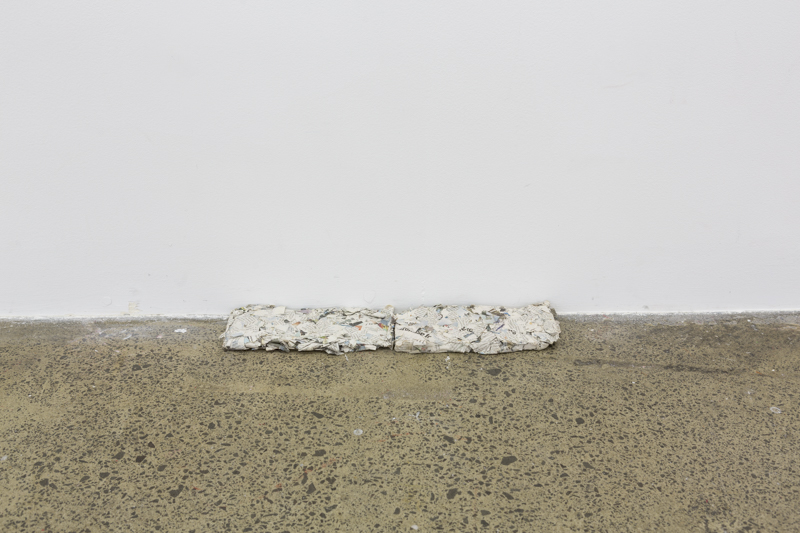 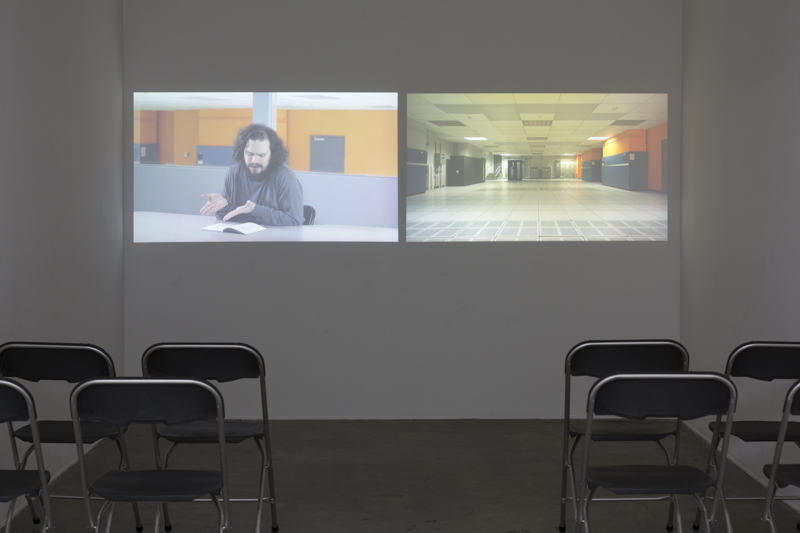 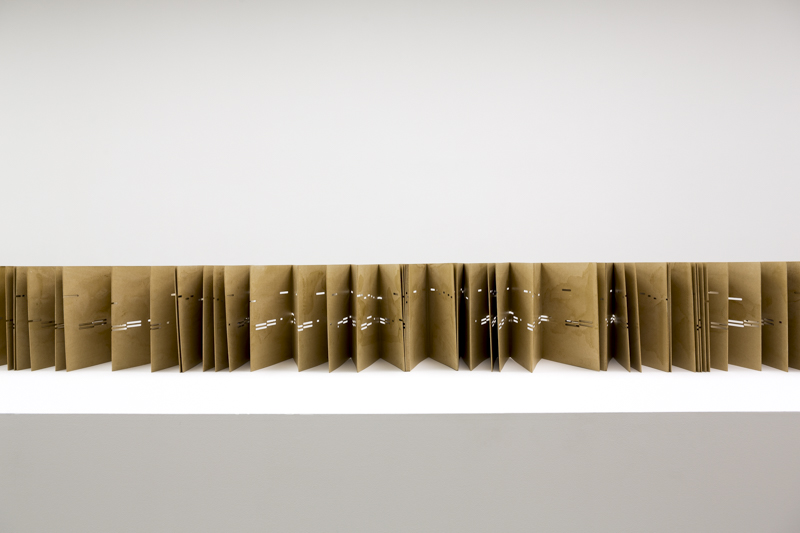 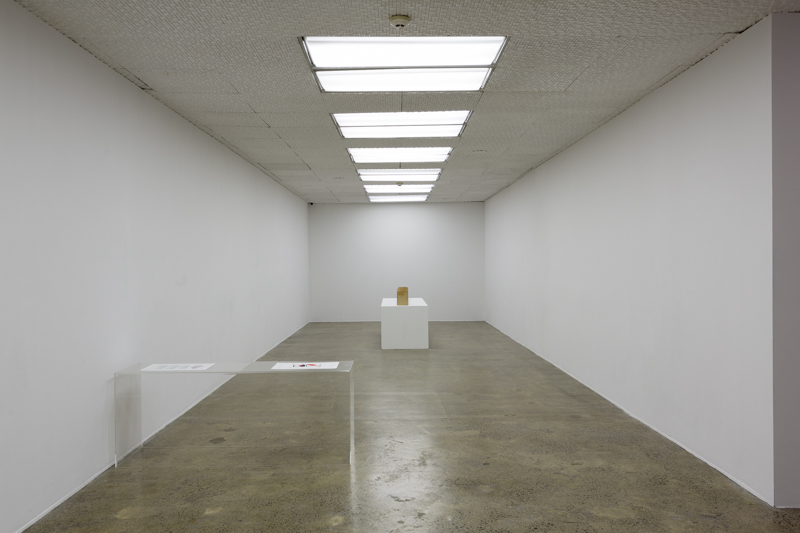 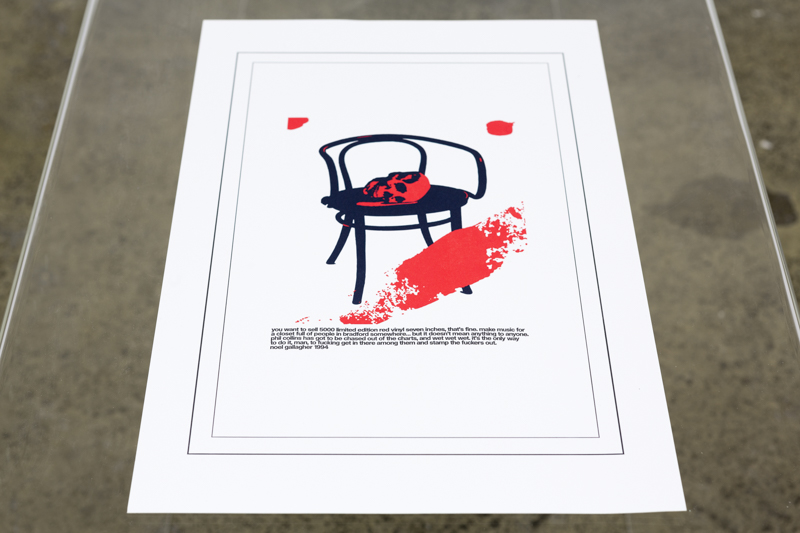 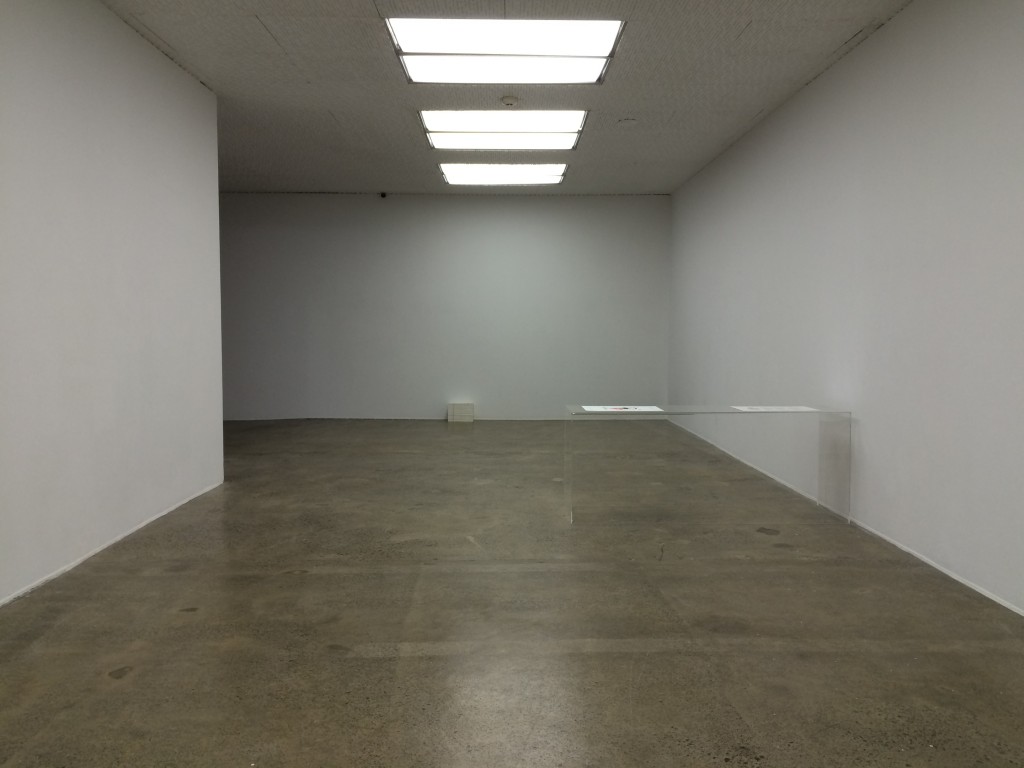 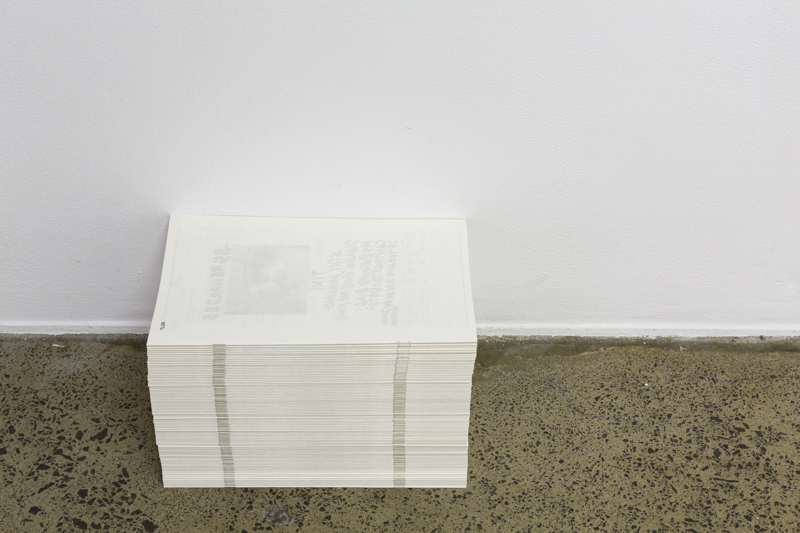 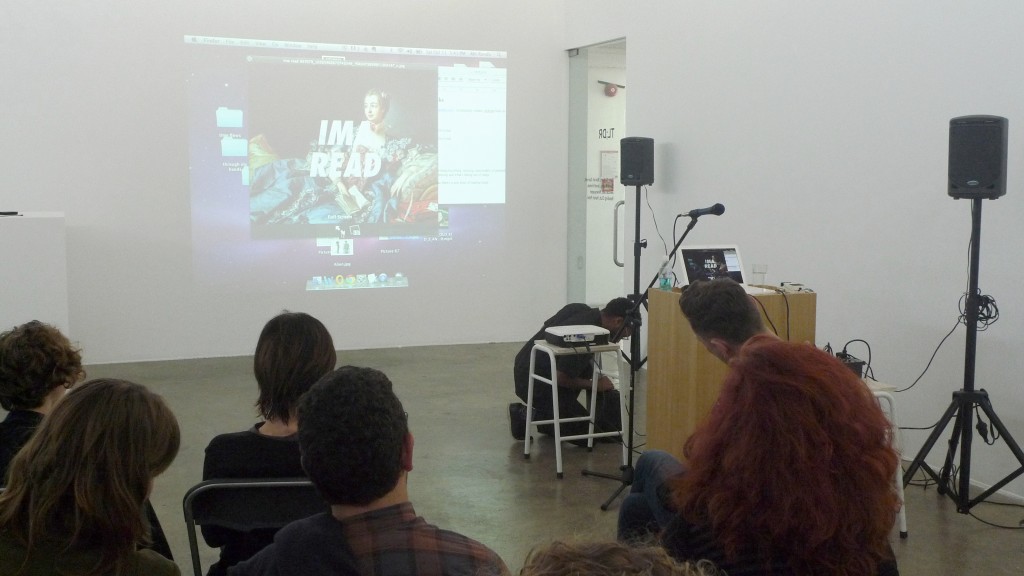