“&”: a knotty glyph originally derived from the Latin ligature for “et,” meaning “and,” was once considered the 27th letter of the English alphabet. In reading the alphabet, one referred to this curious, pretzel-like emblem in its own right: “x, y, z, and per se and.” Over the years, the concluding phrase mutated just slightly, as if in a slow-motion game of telephone; it got slurred, squeezed into the word “ampersand.” Linguists call this a mondagreen—itself a mondagreen of the phrase “laid him on the green,” from the ballad “The Bonny Earl o’ Moray,” misinterpreted as “Lady Mondagreen.”

The ampersand and the phrase “and per se and,” to which it refers, connect these three distinct projects. It binds them, if only momentarily, in this context. (Yes, all three entities are invested in language—its aesthetic and semantic possibilities, as well as the play between these categorical imperatives.) Yet the “&” also separates, holds them apart. The three, previously unknown to one another, came to my attention in different ways at different times. In turn, I brought them to the attention of Commonwealth & Council in different ways at different times. And, in another turn, I was invited to become “involved” and introduce the artists gathered here: “and per se and” is an umbrella we share.

Among its stated goals “in pursuit of a collective commonwealth,” Commonwealth & Council—an artist-run, not-exactly-not-for-profit-but-not-exactly-profitable space cohabitating in a building with a church, an Alcoholics Anonymous, and the Bob Mizer archive—lists generosity and hospitality. (These are ends, but surely also means.) In addressing its ever-growing, but remarkably tight-knit community, and in the name of inclusion, it unfailingly employs the majestic plural, the royal “we.” In its very name, it also displays a knotty glyph of its own. In this spirit, and with respect to the stated goals of our host, we present Galería Perdida & Fiona Jack & Aram Saroyan. —MNH

Galería Perdida was established in 2005 as a collaborative venture serving as a platform for exhibitions, film screenings, and lectures. Gradually its partners have subsumed their individual identities into a reliably elusive banner. As the name—meaning “lost gallery”—hints, Galería Perdida is less a site for artistic production and more an itinerant and shape-shifting context (based variously in New York, Los Angeles, and Michoacán, Mexico) that supports a varied body of work that so far includes sculptural objects and installations, film and video, “paintings” woven from spools of plastic lanyard found at Mexican markets, typography, and publications. Their ongoing series of carved “acrostics” recall letterforms; like word puzzles, they also emphasize blank space as a site for language and its potential. A sculpture, Sartorial Soundbox, features a life-size fiberglass donkey—that animal being a recurring motif, an emblem of labor, stubbornness, and carrying (meaning) undercover, among other possibilities—saddled with a custom stereo that plays a soundtrack in which a variety of found sources are woven together. Together, these objects emphasize an unexpected proximity between traditional handicraft and digital technologies, and defuse any supposed tensions between conceptualization and craft. Befitting their shared studio practice, works by Galería Perdida often traffic in ideas of translation, transmission, and exchange—whether global trading or localized transaction—typically with an abundant sense of humor.

Fiona Jack is an artist working in Auckland, New Zealand. Driven by research and dialogue, her work often explores the social space of political action, and she frequently draws upon collaboration in and with specific communities. The 2014 exhibition “The Heraldry of Presence,” at Auckland’s Fresh Gallery Ōtara, consisted entirely of banners—some made by the artist based on historical protest signs, others borrowed from community groups or produced in collaboration with them. “Banners can be disquiet, or celebratory,” Gwyneth Porter argues in an essay on Jack. “A banner, at a basic level, indicates the formation of a crowd, and a crowd suggests numbers of people that are too many to be a comfortable thing. A crowd is something that is big enough to make it hard to count it quickly, or at all, like a group of sparrows feeding. A group speaks of a collective and therefore a higher purpose; of a constituency or fellowship or conscience that is large enough to have power by virtue of its sheer force of volition.” The subject of Jack’s presentation at Commonwealth & Council follows from a single banner in “The Heraldry of Presence” exhibition that reads, in emphatic all-caps, “THE WILL OF THE PEOPLE IS LAW.” The banner follows from a placard seen in a photograph of women marching in the 1915 rent strikes in Glasgow. The image carries personal history for the artist: Her great aunt Helen Crawfurd was one of the key organizers of the strikes. But divorced from this specific origin it becomes possible for the phrase to be read in a variety of cultural or geographical contexts, reflecting popular sentiment on either side of the political spectrum. Here, the banner is made and remade, and in the force or absurdity of that repetition the phrase reveals its allegorical potential in the present—or even in the future.

Aram Saroyan is a writer based in Los Angeles. His writing encompasses poetry, fiction, essays, and memoir. This summer he will be included in the third iteration of the biennial exhibition “Made in L.A.” at the Hammer Museum, and wrote a four-word poem—“a, the, though, only”—that serves as the subtitle of the exhibition. He first became known for his so-called minimal poems, a form he developed in the mid-1960s. Both influential and notorious, these poems appeared in a trio of books: Coffee Coffee (1967), Aram Saroyan (1968), and Pages (1969). The last two books were read—each in its brief entirety—on the NBC Evening News by the reporter Edwin Newman. Saroyan’s one-letter, four-legged “m” was deemed the shortest poem ever written by the Guinness Book of World Records. His poem consisting of the single word “lighght” was selected by Robert Duncan for inclusion in the American Literary Anthology and received a $500 award from the then-new National Endowment for the Arts—for which it also received scorn and ridicule from conservative demagogues including Jesse Helms and Ronald Reagan. “Apparently the crux of the poem,” Saroyan has observed, “is to try and make the ineffable, which is light—which we only know about because it illuminates something else—into a thing. An extra ‘gh’ does it… It’s sculptural on that level.” At Commonwealth & Council, a selection of Saroyan’s poems will be presented through a variety of media—sound, books, a poster, a video by Duncan Wooldridge—each pointing to the materiality of language and the spatial and temporal possibilities of its transmission. 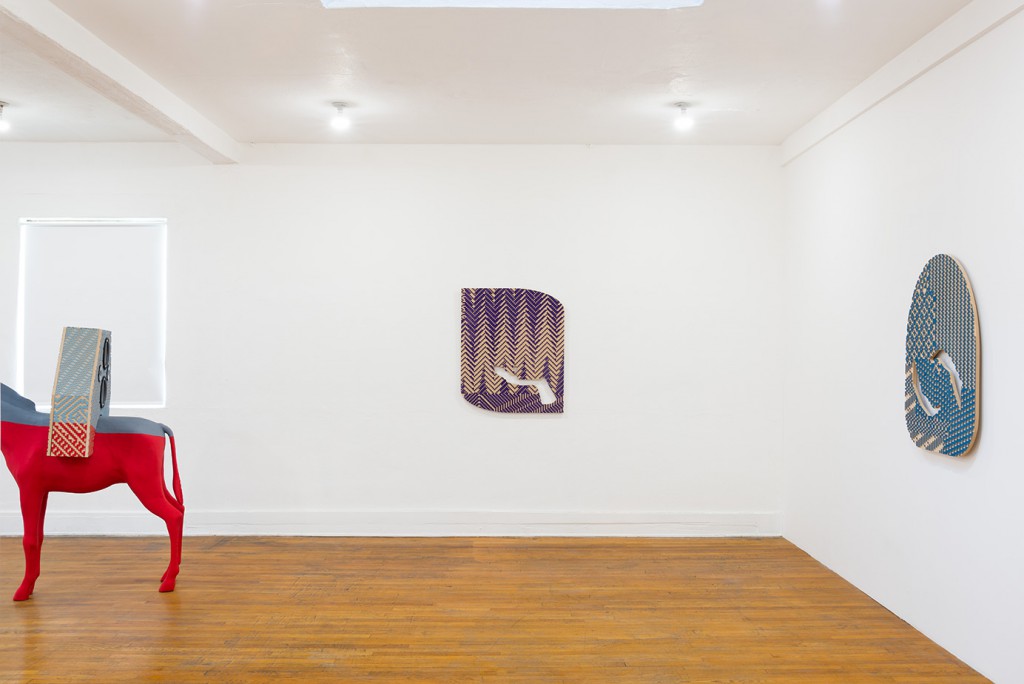 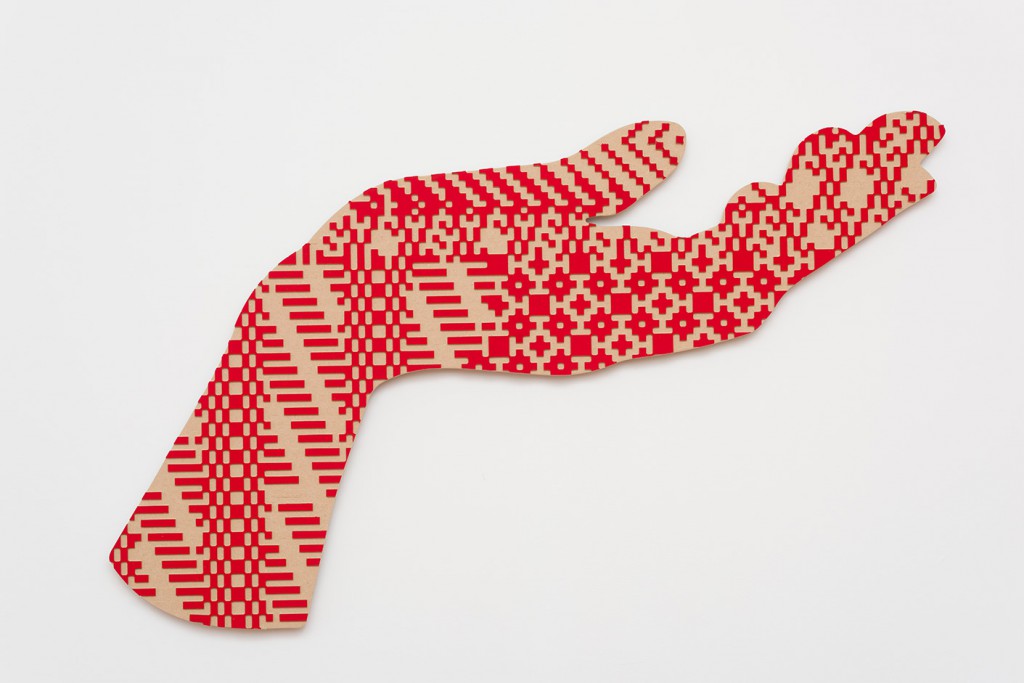 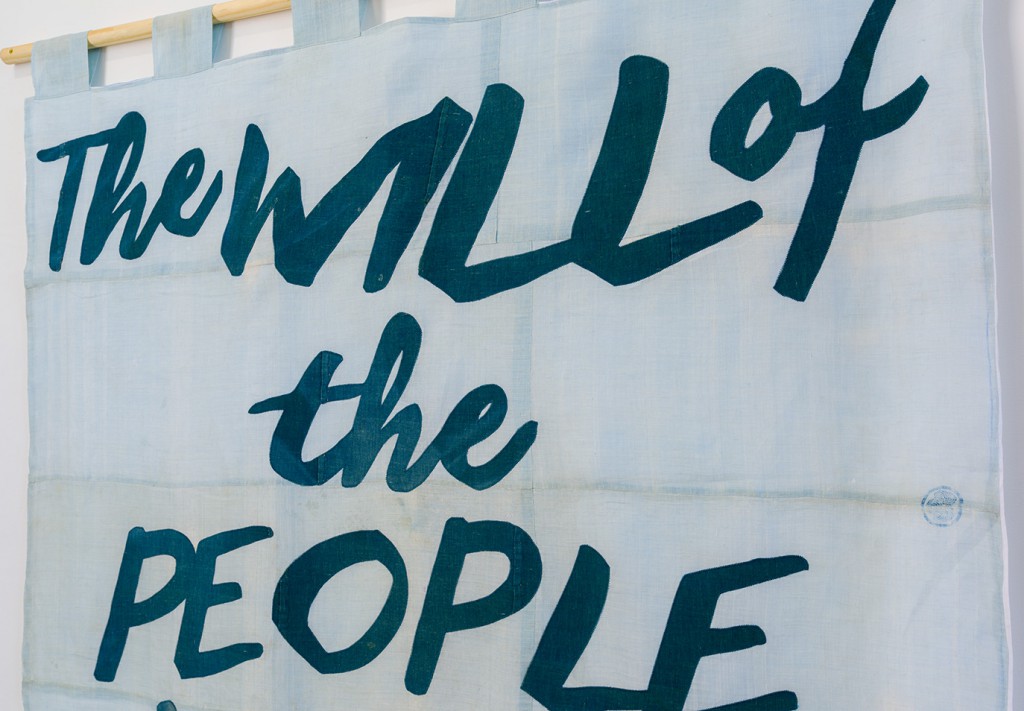 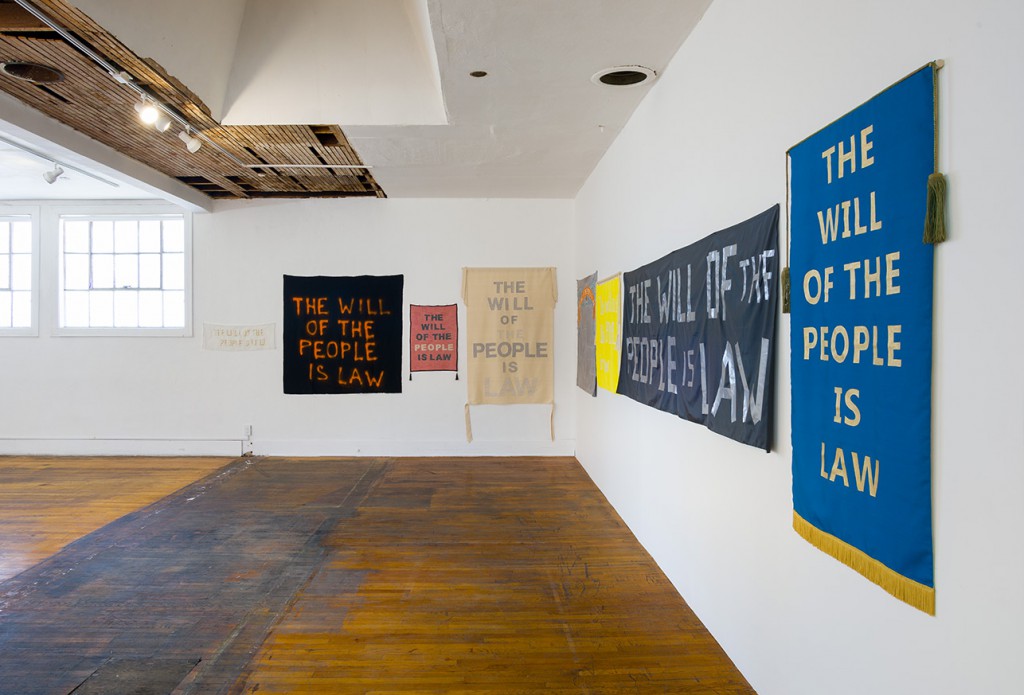 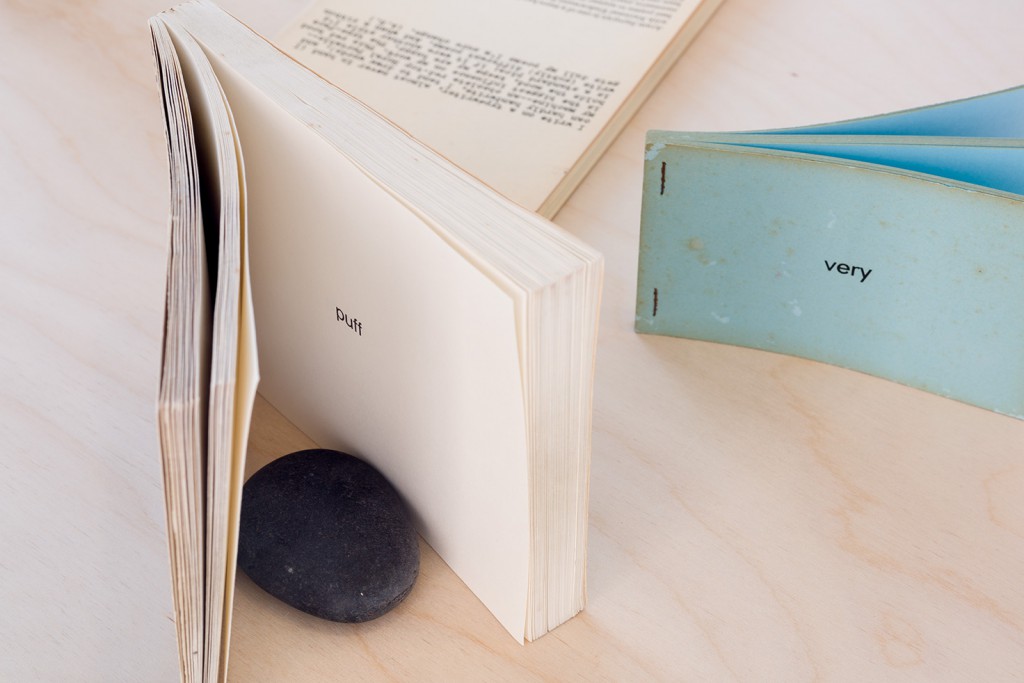 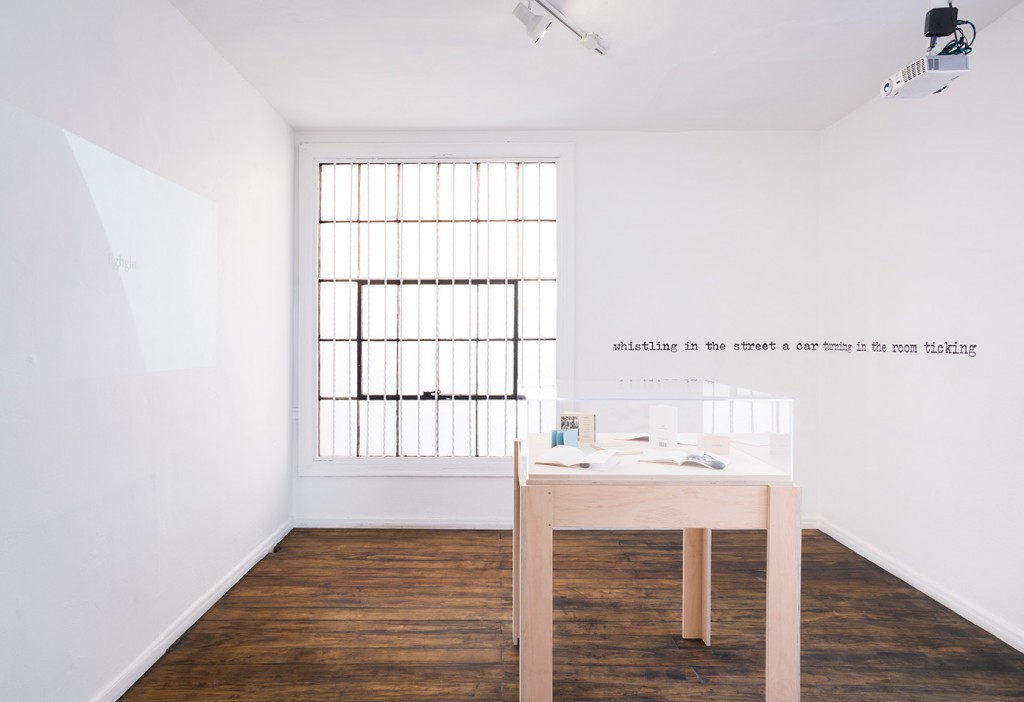 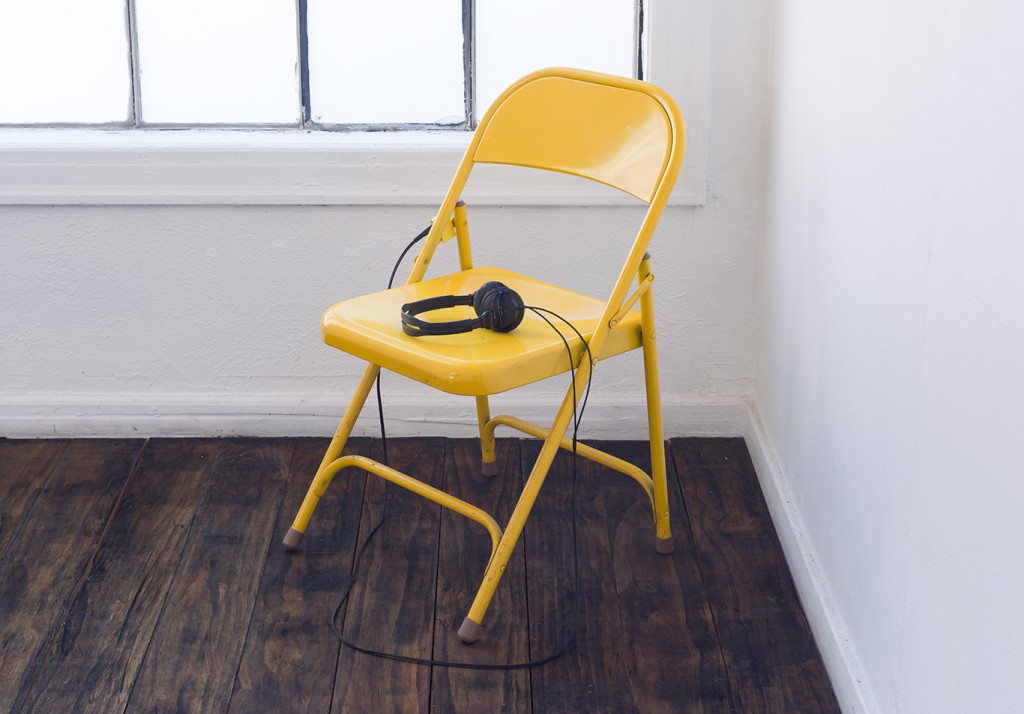