Before and After Science, Richard Telles Fine Art, Los Angeles

When you begin a piece of work you may have in mind a set of “reasons” which supposedly motivate the work. They are useful because they provide a sense of direction and an initial push to overcome the inertia of habit. But when the work is finished these reasons suddenly become alibis: mere rationalizations of a confused and complex series of trials and errors that actually make the piece, and, if the piece has answered certain questions, those are almost certainly not the questions that were being asked at its inception. Sometimes you discover the question making the answer.

I always wanted to add something or destroy, reinvent and interrupt original intentions. I wanted to surprise myself.

This exhibition is held together by a sequence of affinities both anticipated and unexpected. When Richard Telles offered me the opportunity to put together an exhibition, I immediately decided to start with Barry Le Va, who is one of the artists I think about most. I can’t precisely say when I became aware of Barry’s work—I know I encountered his sculpture Scattershatter (Within the Series of Layered / Pattern Acts), 1968-71 around 1997, two years after moving to Los Angeles. In my first semester in graduate school, fall 2002, I encountered one of his huge, horizontal drawings on green paper from 1974 hanging at the Museum of Contemporary Art, Los Angeles. It was seemingly a stubborn work of art, a floor plan for a spare but sprawling sculptural event, resulting from a thought process largely unavailable to the viewer. Still, I wrote a 26-page paper on that piece (surely embarrassing to me now, if I had the stomach to re-read it), which in turn kindled an ongoing interest in his work. Sometimes stubbornness gives birth to generosity. As it turns out, Richard helped me get in touch with Barry in early 2003, and I’ve been fortunate to stay in touch with him over the years. I was thrilled to get two of his recent drawings for this show.

I quickly determined a list of three Los Angeles-based artists—Lecia Dole-Recio, Will Fowler, and Steve Roden—whose work somehow resonate with Barry’s, albeit in very different ways. These artists are frequently on my mind too, and I’ve had the opportunity to write on all of them and visit their studios on multiple occasions. When I invited them to be in this show, they all revealed a shared interest in Barry Le Va and an enthusiasm for this context. (And perhaps it is no coincidence that I first saw one of Lecia’s pieces adjacent to Barry’s big drawing at MOCA.)

One organizes a group exhibition to see objects co-exist and intermingle, for affinities to emerge in actual space. There is much I want to say about these connections—particularly in regard to the transition from the horizontal plan view (the grid of architecture, but also the floor, the plane of excavation, the Petri dish…) to the vertical plane of pictorial space. But I’ll offer this for now: All four artists tend to use modular forms that are frequently deployed in a complex or systemic process of construction and reconstruction—or destruction, reinvention, interruption, following Barry’s formulation. In short, all four artists know how to cover their tracks while leaving a faint trace of those same tracks around for the perceptive (or patient) viewer to uncover. What happens in one work may migrate to another individual work, or a whole body of work, suggesting that no single work is autonomous or self-sufficient but part of a larger, more fluid “whole.”

The exhibition takes its title from Brian Eno’s 1977 “pop” album Before and After Science. Actually, the album’s full title is Before and After Science: Fourteen Pictures, with the number “fourteen” referring to the sum of Eno’s ten songs and four delicate watercolor paintings by Peter Schmidt that were included as offset lithographs with the first edition of the record. The title phrase “before and after science” is never used in the album’s lyrics, nor does it refer directly to any particular song on the album. Devoid of a specific purpose, it’s simply a great title—evocative and elliptical and, finally, elusive. Lecia, Will, and Steve are fans of Brian Eno, just as they are fans of Barry Le Va.

Coincidentally, the quote by Eno that starts this text was written to accompany the release of Before and After Science and was found (by me) after the show was mostly together. It was almost too good to be true. The quote by Barry Le Va was (re-)located late last night. What is this show “about,” you ask? Sometimes you discover the question making the answer. 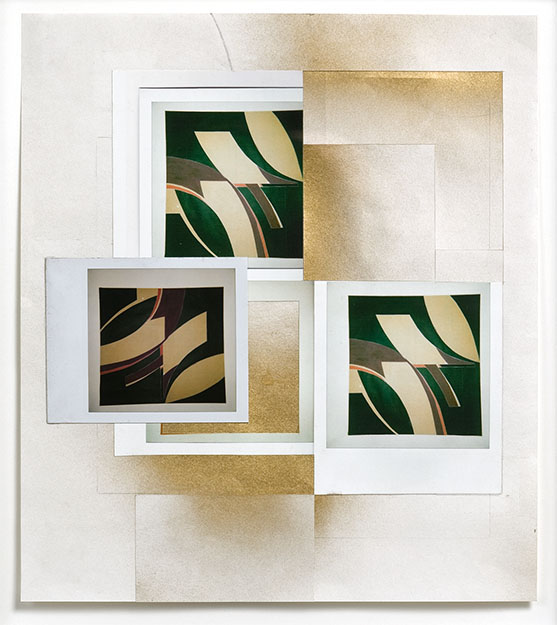